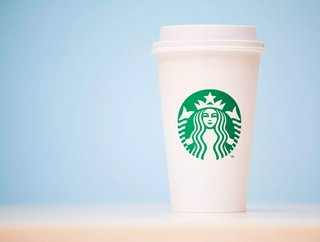 Starbucks celebrates Disability Pride Month this July, the anniversary month of the passage of the Americans With Disabilities Act.

Starbucks employees have gathered some ideas on how to be a top ally:

Here are four stories from Starbucks employees who have found strength in their identities.

In her role, Stephanie coached people on their personal and professional development.

“I was asking people: share your personal journey, tell me about what shaped you,” said Stephanie. “But I felt like I was hiding this secret. I wasn’t sharing a part of my life. That’s been the journey of this last year, to come forward and tell people that I was diagnosed with generalized anxiety and panic disorder. I’m getting comfortable saying that to hopefully inspire others to do the same.”

Stephanie has become a leader of the mid-Atlantic chapter of the Starbucks Disability Advocacy Network, an employee resource group.

She’s committed to educating herself and others on issues faced by people with disabilities,

such as ableism, prejudice and discrimination.

“I’ve learned you have to recognise and be OK with not knowing everything, and knowing you’re going to make mistakes and be in situations where people correct you,” Stephanie says. “It’s OK. It’s going to take time. It’s not a sprint. It’s small steps.”

Rosie lives with Congenital Myasthenic Syndrome (CMS) which weakens her muscles, paralyses vocal cords and means she has to use a feeding tube to eat.

At the University of New Hampshire, she majored in journalism and graduated with honours in May.

At Starbucks, Rosie communicates through texts, sign language and cards.

“I have note cards with common questions like ‘Cream and sugar?’ ‘What’s your name?’ and ‘Would you like that warmed up?’ and so on, because I have a weak voice and it’s hard to hear. I also use the notes app on my phone to communicate. I sign, but not enough people know American Sign Language.”

“I have had a few people ask me ‘if I’m able to take their order’ or ‘if I’m capable’ and things like that which annoyed me more than anything because why would I be here if I couldn’t? So that bias and stigma is still around but thankfully more and more people are becoming aware.”

Born in Guam, Joe was unable to fully hear sounds – especially whispers. When he moved to San Diego, Joe attended a school for deaf children and was diagnosed with otosclerosis.

“Growing up, I was classified as Deaf,” Joe says. “I was very ashamed of my hearing. I was embarrassed. I thought if people found out, they wouldn’t want to be my friend, wouldn’t want to talk to me, wouldn’t want to hire me. So I taught myself how to read lips, read the room. I taught myself things to be and feel normal. I wore hearing aids as a little kid, but after a while I would take them off when I got to school… I saw how other kids would act toward kids with disabilities.”

Hearing aids gave Joe the confidence to take a job at Starbucks.