Brewdog to open a craft beer hotel in Scotland, UK 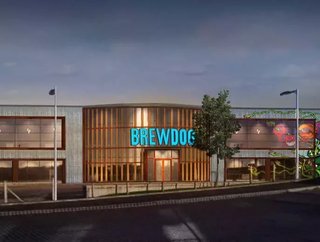 Craft brewer Brewdog has announced plans to build one of the world’s first craft beer hotel in Aberdeenshire, Scotland. Named the Doghouse, the 22-ro...

Craft brewer Brewdog has announced plans to build one of the world’s first craft beer hotel in Aberdeenshire, Scotland.

Named the Doghouse, the 22-room hotel will launch as an expansion at the brewery’s headquarters.

Set to open next year, the 3.25-acre site will boast a craft beer spa with beer-based treatments, a craft beer tap in every room serving its flagship IPA, and an in-shower fridge so that guests may drink whilst they shower.

Beer enthusiasts will also be able to watch the brewers at work from rooms overlooking the new sour beer brewing facility, the Overworks.

Brewdog first introduced the DogHouse concept after it announced that it was going to build a hotel in Columbus, Ohio, next. to its American brewery

Funding for the hotel has come from the company’s Equity for Punks crowdfunding initiative, through which the independent craft brewer has raised over £53mn since 2009.

These investors, called Equity Punks, will be offered priority booking for the hotel.

“The DogHouse is our gift to passionate craft beer fans making the pilgrimage to our brewery in Aberdeenshire,” said BrewDog co-founder James Watt.

“The idea of opening a beer hotel has always been high on our agenda, and now we are finally

able to realise that dream, right here at our HQ.

“This will be the ultimate destination for craft beer fans seeking hops with their holidays. This is a beer Nirvana,” he added.