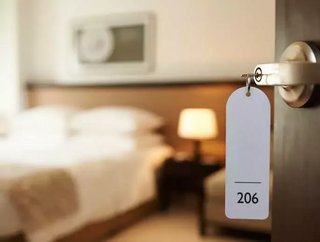 Paterson is currently the Commercial Director at Village Hotels and will assume his new role in mid-February.

He replaces Rob Payne, who resigned in July, as CEO of the largest collection of independent hotels in the UK.

“Best Western is an iconic, global brand and I cannot wait to meet the independent hoteliers that make up the membership and get started,” said Rob Paterson.

“The potential of the brands and the organisation excites me and I look forward to building on the great work of the last three years and continuing to grow the appeal of Best Western for hoteliers, investors and guests.”

Paterson will be CEO of Interchange and Consort Hotels, the parent brand behind Best Western Great Britain and its purchasing company Beacon.

He joins the company after Best Western Great Britain announced that it had a record year for the number of applications and activations in 2017.

The membership organisation saw a 110% increase in hotels joining year on year and it has a ‘significant pipeline’ of hotels awaiting activation in 2018.

Last month, the company also announced the launch of its newest brand, Sure Hotels by Best Western.

“We are very positive about Rob’s appointment at this stage in the evolution of our business,” said Tim Rumney, chairman of Best Western Great Britain.

“Rob’s strong track record in hospitality, his future-facing approach to technology, digital and commercial performance impressed us and we look forward to welcoming him to the business. He joins at an exciting time in Best Western’s 70-year journey.”