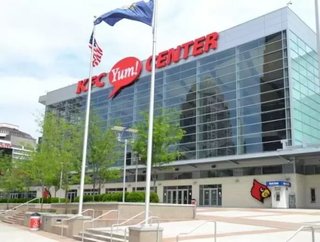 2015 is a year of change for Yum Brands: just for starters, Taco Bell is preparing to mimic its fellow Yum titles with a global launch. There is also a...

2015 is a year of change for Yum Brands: just for starters, Taco Bell is preparing to mimic its fellow Yum titles with a global launch. There is also a change in leadership as, at the beginning of this year, Taco Bell CEO Greg Creed moved into a new role as CEO of Yum Brands as a whole, taking over from now former CEO David Novak.

With such a big change in store, some were concerned that bigger changes that could affect products and employees were right around the corner. In particular, concern has been growing that Yum! Brands would move its headquarters from Louisville, Kentucky, to Irvine, California, bringing it closer to Taco Bell’s own headquarters.

But since entering his new role at the beginning of the year, Creed has shut down these rumors:

"We are not leaving Louisville. This is a great place," said Creed, who took over the company's helm Monday from David Novak. "The only thing that is going to change is I hope we have got a KFC U.S. business that everyone is really proud of."

As reports note, 1,000 employees work at the Louisville Yum headquarters—the company is also tightly tied to Louisville through its philanthropy work and community partnerships like sports arena the Yum! Center. With that in mind, Creed’s assertion that Yum! Brands will not be moving any time soon must come as a relief and a weight lifted. There may be a lot of changes coming to the business, but that’s one change that Yum Brands employees and the Louisville community will not need to worry about.