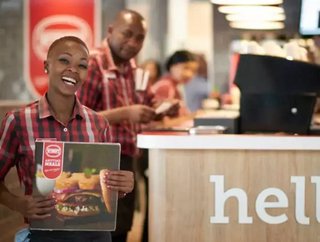 Wimpy - one of Britain's inaugural fast-food chains - is set to make a revival as the fast-food chain announced plans for a nationwide expansion in the...

Wimpy - one of Britain's inaugural fast-food chains - is set to make a revival as the fast-food chain announced plans for a nationwide expansion in the UK.

At its peak, there were over 500 Wimpy stores in the UK and one in every high street in every major city.

However, when American brands such as McDonald’s, KFC, and Burger King came on the scene in the 80’s, the fast-food company’s numbers dwindled to just 80 branches.

Now, Wimpy is trying to reverse its decline with plans for “expansion and investment.”

“We do have some exciting new plans in terms of continued expansion and an investment programme,” said a Wimpy spokeswoman.

“We do have many exciting plans under development behind the scenes. But these won’t be for public consumption for until February – May 2018,” another spokesperson added.

The fast-food chain will have to compete with well-established food giants such as McDonald’s and Burger King, not to mention new chains such as Five Guys and Shake Shack.

What’s more, the food and beverage industry has seen a shift in consumer tastes towards more healthy, better-for-you options.

Last week it was announced that McDonald's would be introducing a vegan burger, while Greggs now offer healthy options.

The company hopes that the company’s long-lasting history in the UK and the ‘nostalgia factor’ may help to attract business to the chain.

The first Wimpy opened in 1954 at Lyons Corner House in London and soon became known for its burgers and chips.

The company is currently owned by Famous Brands, which is based in South Africa. Famous Brands’ portfolio includes brands such as PAUL and Gourmet Burger Kitchen.