Time waits for no man or woman as The Hundred begins 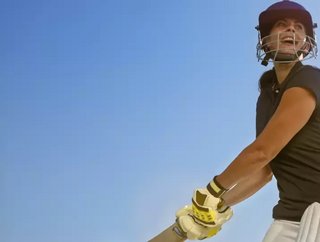 What WG Grace would have thought of The Hundred – the latest attempt to bring cricket to a wider international audience – is probably not repeatable. In time, perhaps, he will understand that this new jamboree is designed as a ‘gateway drug’ to encourage people to take up cricket themselves.

Lord’s, the wistful, melancholic ground in North West London – designed in 1814 – is the spiritual home of cricket and, along with seven other grounds, will host this curious new incarnation of a historically long-form game. Indeed, seven teams across eight cities will be allocated only 100 balls each per fixture.

And with ‘cool’, millennial-friendly names like London Spirit, Manchester Originals and Welsh Fire they will be expected to smash as many boundaries and sixes as possible in the shortened format, leaving fans delirious, engaged and able to navigate the eccentricities of this hopelessly romantic pastime.

Perhaps most importantly, the tournament will be the stage for a brilliant array of women cricketers including Australia’s Jess Jonassen, England’s Sarah Taylor, South Africa’s Mignon du Preez and Stafanie Taylor from the West Indies.

By making each fixture two and a half-hours, The Hundred is already decreasing waste and carbon emissions. At Lord’s – as with many other grounds – only cashless payment methods are accepted, reducing the spread of COVID-19 during an event where the food and drink is as much part of the sport as the pyrotechnics of bat and ball (indeed, some would regard it as far more important).

With this considered, spectators at Lord’s are encouraged to consume extravagant picnics in several opulent locations, including the Coronation Garden. Meanwhile, those attending the matches at Lord’s have been permitted to bring one bottle of wine or Champagne (wonderful evidence that breaking with tradition has its limits). Sustainability awareness also extends to cans of beer or cider (two per person) and, my personal favourite, two cans of premixed aperitifs.

Also, 25 water fountains throughout Lord’s will enable fans to refill their own bottles, while The Lord’s Tavern will be serving responsibly-sourced food throughout the day.

At several of the grounds, including Lord’s, there will also be a drive to reduce plastic waste. Cider and beer sold on site will be provided in reusable cups, but during The Hundred there will be no £1 charge.

Now that really is cricket!