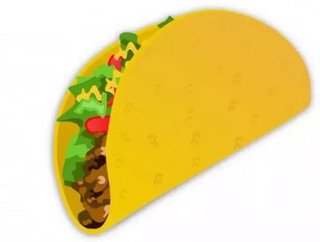 Back in November, the Unicode Consortium announced that it had made a short list of 37 emoji ideas that were being considered as additions to the curren...

Back in November, the Unicode Consortium announced that it had made a short list of 37 emoji ideas that were being considered as additions to the current emoji keyboard. Taco Bell wasted no time leaping on the possibility of a taco emoji, starting an online petition with Change.org that quickly amassed 10,000 signatures on a very simple and clear cut platform:

Taco Bell fans everywhere have been asking for a taco emoji for years and now we finally have the chance to help get the people what they want. America wants a taco emoji. America needs a taco emoji. Help us. Sign this petition. Let’s make the taco emoji official.

We surmised that the franchise would easily reach its 25,000 signature goal—and as it turns out, we were right. Yesterday afternoon Taco Bell reached that goal, much to the brand’s delight: The fun thing is that it’s not even over. The taco emoji movement is still gaining momentum by the minute—at the time this article you’re reading went live, the count had already risen even further to more than 27,000 signatures. Taco Bell has been capitalizing on the refreshed buzz behind the movement by launching a Taco Emoji t-shirt because hey, why not? Not that any of this means anything per se—since it’s nothing official, no amount of online petition signatures will force the powers that be at Unicode to make a move one way or another on the taco emoji if they aren’t feeling it. But it does show concrete interest far and away beyond any other emoji that Unicode has proposed.

Besides, it’s a pretty fun little way for Taco Bell to engage with its fans. Whether the taco emoji happens or not (though at this point we’d be pretty shocked if it didn’t happen), as an exercise in engagement it’s a win for Taco Bell.