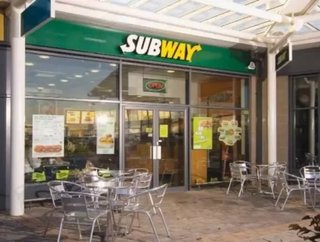 As the fastest growing franchise in the world, Subway knows that building out strong support and infrastructure as you grow is key for maintaining expan...

As the fastest growing franchise in the world, Subway knows that building out strong support and infrastructure as you grow is key for maintaining expansion efforts over the long term. With more than 4,500 stores throughout Europe, Subway already has a strong presence in the region—but the sandwich chain has plans to nearly double that number by 2020, necessarily doubling its product output as well. As the chain continues to grow in Europe, it’s supporting that growing demand by moving factory production of some of its key products to Europe as well.

"For expansion plans of that magnitude we need suppliers who will grow with us and an organized team responding to the needs of Franchisees and markets appropriately,” said Ben Fricke, Commercial Director at franchisee distribution subsidiary European Independent Purchasing Company (EIPC). This week, Subway and EIPC announced that Subway cookies for its European market will now be manufactured in Europe at a new ARYZTA bakery facility in Gerolzhofen in central Germany.

ARYZTA AG is a Switzerland-based food business specializing in bakery goods and a long term supplier to Subway’s European franchisees. The facility site of Gerolzhofen was chosen for its centralized location, making it an optimal hub for distribution spanning Subway’s planned reach throughout Europe and creating a tighter and more responsive supply chain infrastructure overall. Once made, the cookies will then be distributed by EIPC to all European Subway locations.

“ARYZTA has been a global bread and cookie supplier for the SUBWAY brand for more than 20 years,” said Frank Kleiner, Managing Director at ARYZTA. “The change to produce in Germany is also a key partnership commitment from ARYZTA to help the brand grow in markets that continue to open new stores and fuel brand growth in this, the SUBWAY® brand’s 50th anniversary year.”

“We are delighted to have moved the production of the SUBWAY brand’s famous cookies to Europe for the first time,” added Mike Attwood, Purchasing Director at EIPC. “The new bakery will be a huge asset to our supply chain, with faster response rates and reduced distribution times, enabling us to better serve the Franchisees. We completed a period of rigorous testing at the bakery, and production has now officially started.  We hope the bakery will prove a great success and asset to EIPC’s management of the SUBWAY brand’s supply chain in Europe.”