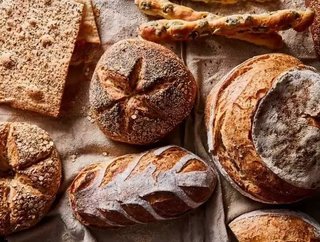 The latest innovation at one Starbucks location has more to do with focaccia sandwiches and freshly baked bread, than anew Frappuccino flavour. More th...

The latest innovation at one Starbucks location has more to do with focaccia sandwiches and freshly baked bread, than a new Frappuccino flavour.

More than a year after investing in the artisan bakery Princi, the coffee giant has opened its first location in the company’s flagship Reserve Roastery and Tasting Room in Seattle.

The move comes as a significant stepping stone for Starbuck’s as it tries to enter the promising lunch segment of the food and beverage market.

Princi will become the exclusive food offering in all new Starbucks Reserve Roastery Locations such as Shanghai, Milan, New York, Tokyo and Chicago.

“Rocco Princi is an artisan who, at an early age, discovered a love of bread making and through determination as well as an obsession for finding the perfect ingredients, has created an Italian food experience that I think is unparalleled,” noted Howard Schultz, executive chairman of Starbucks.

“His passion for authentic food and respect for Milanese culture come through in everything he does, and I think our customers are going to fall in love with Princi.”

In recent years, Starbucks has steadily entered the food market, adding more non-drink offerings to its menus such as pastries and sandwiches.

As a result, the company has seen its revenue from food increase 15% year-on-year.

In 2016, Starbucks announced that it had joined a global investment team – which includes Milan-based Angel Capital Management and Pekepan Investments – to expand Princi bakeries into international markets.