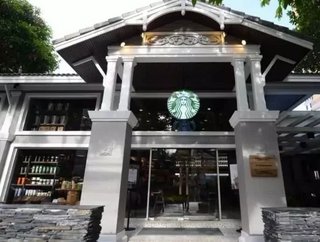 Who are the highest paid CEOs in the chain restaurant and franchising world? The Economic Policy Institute compiled a list of the highest compensated re...

Who are the highest paid CEOs in the chain restaurant and franchising world? The Economic Policy Institute compiled a list of the highest compensated restaurant CEOs, and it’s an interesting list to analyze in terms of who’s on the list and where they appear.

Some of the restaurant companies on the list should come as no real surprise – Starbucks and Yum! Brands are the two most prolific chain restaurant parent companies in the entire world, so it only makes sense that they would be at the top of the list. You might expect McDonald’s (#8) to be higher, but then again the brand has been having a tougher time than usual in building profits over the last couple of years. It also makes sense that this would be reflected at least somewhat in a reduced salary.

Some are more surprising – Biglari Holdings founder and CEO Sardar Biglari cracked the top five with a company that owns only two regional brands, Steak ‘n Shake and Western Sizzlin. (Then again, the company also owns popular lad mag Maxim, which just might also have a lot to do with Biglari’s compensation.)

Others would be more surprising to consumers, who know restaurants by their name and not their holding company. The average diner wouldn’t know what Brinker International Inc. (#6) is doing on a list of top chain restaurant CEOs, but industry experts will recognize it as the parent company of ubiquitous family dining franchise Chili’s Grill & Bar. Meanwhile, DineEquity Inc. (#10) would probably make more sense to consumers under its former name IHOP Corporation (the brand also owns Applebee’s).

In a time when large executive compensations are the norm, in a stark and often criticized contrast to the minimum wage that many of their employees make, some of the most surprising figures of all are at the bottom – the CEOs who take a more modest salary despite having some of the most recognizable names. Burger King is one of the top burger franchises in the world. But at $1.9 million, Burger King CEO Daniel Schwartz’s compensation is a fraction of the compensation received among his biggest competition. Two on the list don’t even rise to the million dollar level, with BJ’s Brewhouse and Restaurants President and CEO Greg Trojan taking a comfortable yet reasonable $850,000.