REPORT: Beef Sales Up at Restaurants Despite Higher Prices 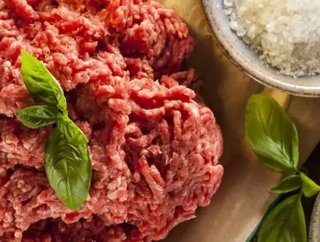 The heart wants what it wants &ndash; and that can be a boon for the foodservice industry, when consumer desires are stronger than the ups and downs of...

The heart wants what it wants – and that can be a boon for the foodservice industry, when consumer desires are stronger than the ups and downs of commodity costs. Take beef: even when the prices go up, it’s ultimately pretty hard for U.S. consumers to resist the siren song of America’s favorite traditional protein. According to a new report by restaurant research firm Technomic for the Beef Checkoff Program, beef sales increased in 2013 despite supply costs that reached record highs.

Continued droughts have made it difficult to raise cattle in recent years, driving up beef prices as the herd supply thins out. Those higher beef prices are often then passed along to consumers as restaurant chains find themselves raising prices (think McDonald’s and its switch from the Dollar Menu to the Dollar Menu and More menu, in an attempt to add a few cents to some of its bestselling a la carte items). But despite all of this, the 2013 Usage and Volumetric Assessment of Beef in Foodservice reports that eight billion pounds of beef were sold through foodservice channels in 2013 – a significant 79 million pound increase from sales in 2012.

The types of beef involved in this growth are varied – steak sales growth accounted for 18 million pounds (out of the aforementioned 79 million), while hyper-trendy short ribs gave the beef rib sector overall a 14 percent boost with another 18 million pounds sold on top of last year’s sales. Restaurant chains and franchises have also played a massive part in this metric – thanks to brands like Smashburger preaching the gospel of the Better Burger to a wider audience through their own growth and expansion plans, ground beef accounted for 22 million pounds, or more than a quarter of the sales growth.

With droughts still a major concern, Technomic estimates that beef prices won’t start to come back down until at least 2016. On the plus side, as long as they don’t continue to rise too drastically, customers should stay interested in what you’re selling.