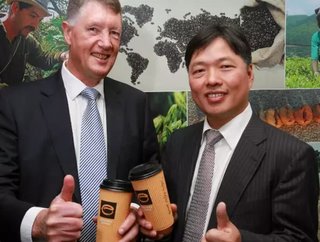 As more opportunities start to arise and open up in the growing market of China, more businesses from nearby countries like Australia and New Zealand ar...

As more opportunities start to arise and open up in the growing market of China, more businesses from nearby countries like Australia and New Zealand are rushing in to fill the demand. New Zealand-based coffee franchise group Esquires is one of those businesses, taking advantage of a growing interest in coffee among Chinese consumers. This month Esquires Coffee inked a joint venture agreement deal with Shenzen-based property group BuBuGao (Better Life) Group (BBG) to build and launch 30 franchised Esquires locations in China’s Hunan province by 2020.

RELATED TOPIC: How can your business benefit from Asia’s impending consumption boom?

The signing of this joint venture boosts China to Esquires Coffee’s fastest growing territory, with 150 planned locations currently in the works. This growth represents proof that China’s increasing interest in coffee chains—especially foreign coffee chain brands moving in from areas the U.S., the U.K., and elsewhere—is only continuing to ramp up as a novel alternative to China’s deeply ingrained tea culture. But with multiple sources reporting some backlash from traditionalists bristling against the rapid growth of Western brands like Starbucks, just the offer of coffee alone isn’t necessarily enough to ensure success in China right now.

With that caveat in mind, Esquires can also benefit from its focus on organic and fair trade coffee beans—traits that can help the brand fit in perfectly with China’s growing consumer preference for high quality luxury goods:

According to Australian Food News, Esquires master franchiser Cooks Global Foods Ltd. will be in charge of managing and developing the new stores in China, while BBG will be in charge of sourcing location sites throughout its shopping malls and other property sites. This joint venture agreement will serve to further Cooks Global Foods’ ultimate goal of operating 800 Esquires Coffee locations around the world by 2020.