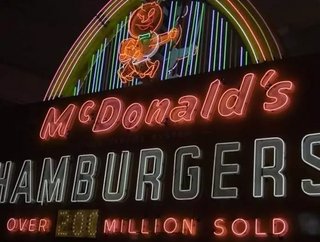 Fast food giant McDonalds has a plan to put money back in the hands of its shareholders. The franchise unveiled a three-year plan to return between $18...

Fast food giant McDonald’s has a plan to put money back in the hands of its shareholders. The franchise unveiled a three-year plan to return between $18 billion and $20 billion to shareholders by the end of 2016 through a combination of several methods – the usual quarterly dividends, repurchasing shares, and by refranchising a minimum of 1,500 currently company-owned restaurant locations in its Europe and AMEA regions.

In a statement at the Sanford Bernstein Strategic Decisions Conference, McDonald’s CEO Don Thompson explained that this decision to refranchise these locations would bring ratios a little more uniformly in line across the globe – only 70 percent of McDonald’s Europe and AMEA locations are franchised, it’s noted, while 89 percent are franchised in the United States. Furthermore, Thompson reportedly stated that building more franchisee partnerships would put McDonald’s in a much better position to propel further growth oversea.

As Forbes reports, McDonald’s CFO Pete Bensen meanwhile spoke more on the plan and how it fits in with the brand’s business model:

“The actions we are taking to enhance long-term shareholder value fit squarely within our proven business model,” said Chief Financial Officer Pete Bensen in a statement. “Our 3-year cash return target is based on several activities including the significant free cash flow generated from our operations, as well as the use of cash proceeds from our debt additions and refranchising activity. Financial discipline has always been a cornerstone of McDonald’s strategic plan, and we will pursue these activities while maintaining appropriate levels of financial flexibility, liquidity and access to capital for the Company and the System.”

Are shareholders convinced by this three-year plan? That remains to be seen: while McDonald’s stock dipped a full point the day of this announcement, it has since recovered and stabilized.