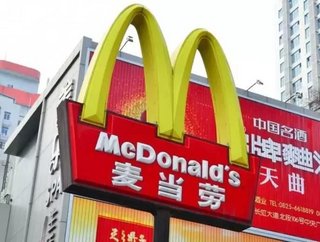 In June, Chinas Food and Drug Administration convened to discuss the importance of strengthening the countrys food safety laws. Now another case has spr...

In June, China’s Food and Drug Administration convened to discuss the importance of strengthening the country’s food safety laws. Now another case has sprung up in the world of fast food franchising, underscoring the criticality of both having food safety laws in place and ensuring that they are enforced. A meat supplier to McDonald’s Corporation and Yum Brands locations within China has been shut down amid evidence of safety violations, leaving the front-facing franchises in the tough position of apologizing to the public and attempting to rebuild their reputations in the region.

According to Reuters, China’s Dragon TV aired a special report on meat supplier Shanghai Husi Food Co., itself a Chinese subsidiary of Illinois-based global meat processing company OSI Group. The report exposed a slew of food safety violations, including workers at Shanghai Husi Food Co. extending fresh ground meat by mixing in spoiled meat past its expiration date as well as contaminated meat that had fallen onto the factory floor. These clear violations expose consumers and foodservice workers to illnesses ranging from E. coli to food poisoning from the expired meat.

OSI Group has yet to release a statement regarding the scandal. Both franchising companies, on the other hand, have commented on the issue and its relation to the Shanghai McDonald’s, KFC, and Pizza Hut locations that have been affected. “If proven, the practices outlined in the reports are completely unacceptable to McDonald's anywhere in the world,” a spokeswoman for McDonald's had told Reuters.

Yum Brands, still struggling to regain public approval in China after a scandal with its KFC chicken supplier in 2012, echoed similar sentiments. “We will not tolerate any violations of government laws and regulations from our suppliers,” a Yum China representative told Reuters, reportedly noting that its locations had strict orders to seal off products sent from the Shanghai Husi factory.

It’s a complicated problem for everyone involved, speaking to issues ranging from China’s notorious laxity in food safety enforcement to the critical importance of transparency and knowing how your suppliers are doing business – after all, even if your company operates on the highest standards of best practices, you’re only as good as the weakest link in your supply chain. But one thing that’s for certain is that McDonald’s and KFC’s China locations still have a lot of work to do in order to regain consumer trust.