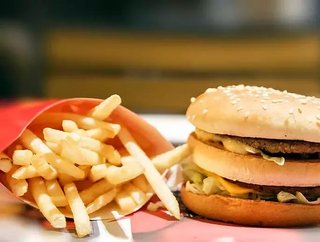 McDonald’s has turned to mobile technology in a bid to reverse a declining customer base in the US. The fast-food giant has expanded delivery options...

McDonald’s has turned to mobile technology in a bid to reverse a declining customer base in the US.

The fast-food giant has expanded delivery options through UberEats and is bringing in digital ordering through an app, Associated Press reports.

According to the report, McDonald’s says its collaboration with UberEats – for which it pays an undisclosed percentage of each sale – is bringing in new business at a time when the number of McDonald’s locations in the US is to drop for the third year in a row.

Competition from new burger and fast-food restaurants and healthier alternatives are cited as issues affecting the McDonald’s brand, and it is developing plans to revolutionize its successful drive-through operation as a means to ward off this competition.

"Five, 10 years ago, we were the dominant player in convenience, as convenience was defined in those days," CEO Steve Easterbrook said last month.

"But convenience continually gets redefined, and we haven't modernized."

McDonald's generates about 70 percent of its business from drive-through orders and is creating an app, to be released later this year, that allows customers to send their order number to an employee and then receive their meal in their parking space.

Whether this innovation and the increased focus on delivery and drive-throughs is enough to reverse the declining of its customer base in the US, remains to be seen.

With 14,000 locations in the US alone and the corporation’s stocks hitting all-time highs, there may not be any reason to panic, but as McDonald’s begins a digital revolution in its service, it is clear changes must be made to fend off competition.