IFA to Back Franchisees with Lawsuit Over Seattle Minimum Wage Hike 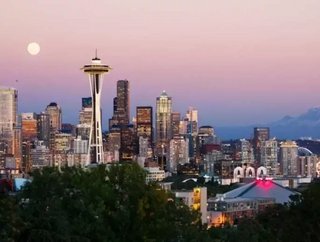 With its decision to phase in a $15/hr minimum wage, the highest minimum wage rate in the United States, Seattle has positioned itself squarely at the f...

With its decision to phase in a $15/hr minimum wage, the highest minimum wage rate in the United States, Seattle has positioned itself squarely at the forefront of the country’s current minimum wage wars. While many are thrilled about this development, many others are not – in the latter camp are many local franchise owners now faced with drastically increased operational costs. On behalf of these franchise owners, the International Franchise Association (IFA) has announced that it will be hitting Seattle with a lawsuit as a result of the new wage law and the way in which it’s implemented.

As IFA representatives explain, the problem isn’t so much Seattle raising the minimum wage in and of itself, but they way they have chosen to do it – while small local businesses have seven years to incrementally raise their wages up to $15, big national businesses are given three years to do the same. But while this might be fine for company-owned national brands, many franchises are (as the name suggests) owned by local entrepreneurs with nearly the same levels of funding and resources as their mom-and-pop counterparts. Still, these franchisees fall under the regulations of “big business” classification, showing at best poor understanding of how franchise operations work and at worst a violation of the federal Commerce Clause.

“The City Councils decision to pass the ordinance could unfairly and unjustifiably destroy the established franchise model in Seattle,” says the IFA on its Seattle for Franchise Fairness website. “Moreover, hundreds of franchise small business owners are being punished simply because they chose to operate as franchised brands. Decades of legal precedent have held that franchise businesses are independently-owned businesses and are not operated by the brand’s corporate headquarters.”

The IFA has also stated that it’s not trying to reverse the minimum wage decision or pull a fast one on the behalf of big business – it’s simply going to bat for local franchisees that have been given the short end of the stick, with the goal of amending the law to treat franchise owners the same as other local businesses. “ To be clear, we are not seeking special treatment for franchisees; we only want equal treatment,” reads the statement. “Franchisees own the stores, not the chains – and should not be unfairly defined as big businesses. This law creates an uneven playing field for job creating franchisees and will ultimately harm the very people it is intended to help. Ultimately, franchisees wouldn’t be able to compete in the Seattle marketplace and many franchise small businesses will cease to exist.”