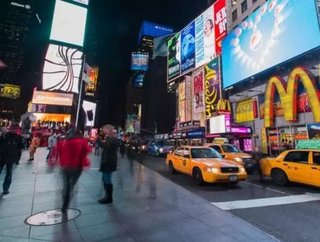 Minimum wage in the United States has been a subject of major controversy in the recent past&mdash;while fast food workers go on strike to protest depre...

Minimum wage in the United States has been a subject of major controversy in the recent past—while fast food workers go on strike to protest depreciated wages that barely cover today’s cost of living, business owners argue that the overhead costs of higher wages could be devastating and drive even further inflation and higher unemployment. In New York, a critical battleground where the state minimum wage currently stands at $8.75, new government action directed at the fast food industry is bringing this battle to a fever pitch.

RELATED CONTENT: Wal-Mart is Spending a Billion to Raise its Minimum Wage to $9

Governor Andrew Cuomo has his position on the subject crystal clear: after the failure of a broader push to raise minimum wage to $11.50 in NYC and $10.50 outside the city, the governor turned his attention more closely to the fast food industry with the formation of a statewide wage board. This month, that wage board recommended a new statewide $15 minimum wage for fast food workers at all chains with more than 30 locations. Now franchise owners are also making their own position on the subject just as clear: if this recommendation becomes law, a lawsuit citing discrimination may be in order.

Cuomo started his campaign for an industry-specific fast food minimum wage increase in May, with a New York Times op-ed piece citing FDR’s historic minimum wage increase and several arguments highlighting the need to at least address inequality in the food industry above other sectors if more sweeping wage reforms won’t fly. In the op-ed Cuomo notes that New York “ranks first in public assistance spending per fast-food worker,” criticizes the disparity between sector profits and wages, and issues a pointed takedown of executives at the top of the industry food chain:

Nowhere is the income gap more extreme and obnoxious than in the fast-food industry. Fast-food C.E.O.s are among the highest-paid corporate executives. The average fast-food C.E.O. made $23.8 million in 2013, more than quadruple the average from 2000 (adjusting for inflation). Meanwhile, entry-level food-service workers in New York State earn, on average, $16,920 per year, which at a 40-hour week amounts to $8.50 an hour. Nationally, wages for fast-food workers have increased 0.3 percent since 2000 (again, adjusting for inflation).

But according to franchisees speaking out against the wage increase, the argument that fast food franchisees are making here isn’t with the idea of a raised minimum wage itself but with the way New York is going about it—much like the lawsuit brought up by franchise owners and the International Franchise Association when a raised minimum wage was approved in Seattle last year. In this case, franchisees argue that it is unfair to single out one minimum wage sector over the many others that exist, especially considering that many franchised businesses are not directly owned by the larger corporation but by a franchising small business owner:

"Singling out fast food restaurants while ignoring other industries that hire workers who are paid under $15 is unfair and discriminatory, harms New York workers, and puts some New York businesses - including mine and my fellow New York McDonald's franchisees - at a competitive disadvantage," said Jack Bert, who owns seven locations in Queens.

The New York Restaurant Association is backing up franchisees in respect to this division:

"What about a Starbucks in a Target? Are the employees working the Starbucks going to make $15 while the people in electronics make $9?" [Melissa Fleischut, president and CEO of the New York State Restaurant Association] said. "We've never seen a single industry targeted in this respect."

Now that the panel has made its recommendation, the governor has 45 days to act on it. If there a way to reach a middle ground where franchise owners, activists, and government officials on both sides of the fence can walk away satisfied, now is the time to negotiate. Otherwise, the state of New York and its business owners may be on its way to court.