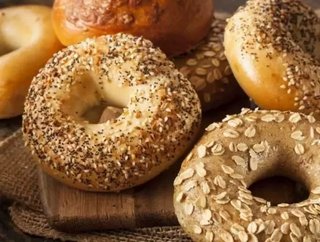 Another week, another acquisition. Today’s merger deal involves the small bagel empire Einstein Noah Restaurant Group, parent company to bagel-based QSR franchises Einstein Bros Bagels and Manhattan Bagel, along with the fully company-owned chain Noah’s New York Bagels. According to a press release issued today by Einstein Noah Restaurant Group, the business has agreed to be acquired by German private equity firm JAB Holding Company for $20.25 per share in cash – that’s a 47 percent premium over the brand’s average that values the company at approximately $374 million, to the satisfaction of the brand’s current stockholders:

“Through this transaction with JAB, which has a long and distinguished track record of investing in premium consumer companies, we will not only realize significant immediate value for our stockholders, but will continue to revitalize our brand, enhance our nationwide footprint and solidify our position as the leader in the fresh-baked bagels industry,” said Nelson Heumann, Chairman of the Board of Einstein Noah Restaurant Group. “Over the past few years, our dedicated employees have helped enhance our strong and growing brand leadership, and with JAB’s backing, we expect to build upon our success and position as a category leader.”

According to the release, Einstein Noah Restaurant Group’s largest stockholder to date has been Greenlight Capital who worked to build up the brand into a desirable entity. The investment group has offered its full support of the JAB takeover to help develop Einstein Noah’s brands even further:

Tax inversion has been a hot topic in the industry recently, and it’s hard not to think of it when a United States-based company and a foreign company enter into an acquisition deal. But much like last week’s Pabst Brewing Company buyout, Einstein Noah Restaurant Group will remain headquartered in Colorado and will operate as a standalone business as terms of the acquisition.