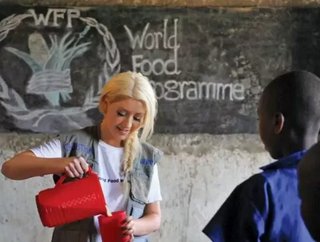 Yum Brands is well known for its charity efforts&mdash;its annual World Hunger Relief campaign, which enlists celebrities like Christina Aguilera in its...

Yum Brands is well known for its charity efforts—its annual World Hunger Relief campaign, which enlists celebrities like Christina Aguilera in its efforts to raise money and awareness for the United Nations World Food Programme (WFP), was founded in 2007 and has raised millions since for the cause.

Its most recent campaign was its most effective yet. The Taco Bell and KFC parent company raised $40 million in cash and food donations during its 2014 drive alone, breaking its own records against its previous years. Overall, since 2007 the brand has raised more than $600 million and helped to provide more than 2.4 billion meals to people in need.

You don’t break fundraising records without others sitting up and taking notice, and Yum Brands is being recognized for its efforts. This week it was announced that Yum Brands was awarded the title of top Cause Branding Campaign and top Nonprofit Partnership of the Year by PR News at their CSR Awards. The company’s World Hunger Relief campaign was also a finalist for Global Campaign of the Year and a finalist for Cause-Related Campaign of the Year.

“With one in nine people globally going to bed hungry each night, we believe it’s our privilege and responsibility to address world hunger,” said Greg Creed, CEO, Yum! Brands, in a press release addressing the award. “The recognition reflects the incredible awareness our global spokesperson Christina Aguilera has helped us raise about this critical issue. It also demonstrates the hard work and passion of our associates and franchisees around the globe who have raised record-breaking funds and food donations and volunteered in their local communities toward hunger relief.”