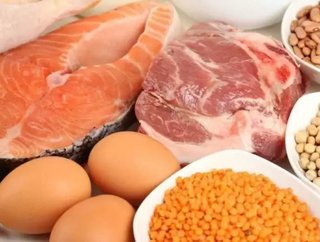 London &ndash; The world climate summit (COP21) has been generally hailed as a success, with countries making commitments to reduce greenhouse gases. Ho...

London – The world climate summit (COP21) has been generally hailed as a success, with countries making commitments to reduce greenhouse gases. However, questions remain on how the food industry will meet the challenges.

The food industry is unique in that it is a cause and victim of climate change. It generates a quarter of all greenhouse gases, with over half from livestock production. Emissions from livestock farming are on par with those from energy and transport. Population growth and dietary changes have led to a substantial rise in meat and dairy consumption over the last two decades.

Recognising the importance of agriculture, a number of initiatives were introduced at the Lima-Paris Action Agenda at COP21. The initiatives focus on four core areas: soils, food losses & waste, sustainable production methods, as well as livestock farming. The Live Beef Carbon initiative plans to reduce carbon emissions from beef production by 15% over 10 years in some European countries. Although a positive step, the initiative focuses on improved livestock rearing methods, and not consumption.

As will be shown at the Sustainable Foods Summit (www.sustainablefoodssummit.com), the food industry needs to address consumption habits - as well as production methods - if it is to substantially reduce greenhouse emissions. Meat consumption is rising in developing countries as consumers become more affluent. The FAO predicts meat consumption to double by 2050 when the global population is projected to reach 9 billion.

A shift towards sustainable proteins is deemed necessary if the food industry is to lower its environmental impacts. Plant-based proteins are considered part of the solution, with important developments happening in the US, a country with a strong tradition of meat consumption. Investment is pouring into new enterprises that have developed innovative meat and dairy analogues. Hampton Creek has launched egg-less mayonnaise, whilst Beyond Meat has created plant-based chicken strips and beef burgers. Another Californian company Impossible Foods plans to launch a range of plant-based meats and cheeses.

The success of these new sustainable proteins hinges on consumer acceptance. Some call for government intervention in the form of a meat tax or subsidies for plant-based proteins. Others advocate consumer education to change dietary habits. Whatever the solution, alternative proteins need to become mainstream if the food industry is to meet the pledges made at COP21.

Organic Monitor is a specialist research, consulting & training company that focuses on the global sustainable product industries. Since 2001, we have been providing a range of business services to operators in high-growth ethical & sustainable industries. Our services include market research publications, business & technical consulting, seminars & workshops, and sustainability summits.