will.i.am Just Teamed with Coca-Cola to Give their Plastic Bottles a New Lease on Life 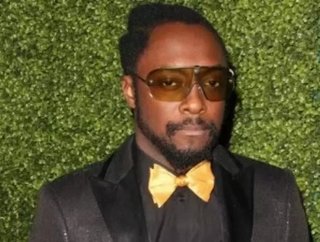 Who needs Egyptian cotton sheets? Famous musician and entrepreneur, will.i.am, has recently partnered with W Hotels Worldwide to produce something other...

Who needs Egyptian cotton sheets? Famous musician and entrepreneur, will.i.am, has recently partnered with W Hotels Worldwide to produce something other than music . . . sheets! That’s right —the onetime Britney Spears collaborator will be representing sheets.

The sheets, that will be Ekocycle branded, will be partially polyester made with the aid of recycled plastic. These Ekocycle sheets will first appear in W Hotels in North America, followed by being placed in various global properties.

RECENT TOPIC: [VIDEO] This Totally 90s Ad Puts Sizzler back on the Map

Interestingly enough, each king sized sheet will use almost 31 recycled 20 ounce plastic bottles. This will bring a total of more than 268,000 plastic bottles being used in W Hotels beds across North America.

The idea for these sheets originated when will.i.am became inspired to turn waste left behind at a Black Eyed Peas concert into recycled sought-after objects. He then joined forces with Coca-Cola to produce the sheets.

The sheets will start at $207 and will soon be available to purchase online. The official partnership will kick off next week—an exclusive party will take place at the W New York, which will be officially hosted by W Hotels, will.i.am and Coca-Cola.

In a recent statement, Bea Perez, the chief sustainability officer at Coca-Cola said, “The Ekocycle brand mission is to excite and inspire people around the idea that waste can be valuable and create new, desirable products. Starwood Hotels & Resorts Worldwide has been a likeminded innovator of sustainable solutions and longtime partner of Coca-Cola. We’re delighted that W Hotels is joining the Ekocycle movement and providing hotel guests worldwide with the opportunity to experience sustainable luxury with Ekocycle brand sheets.”