Who is 29-year-old David Knopf, the new CFO of Kraft Heinz? 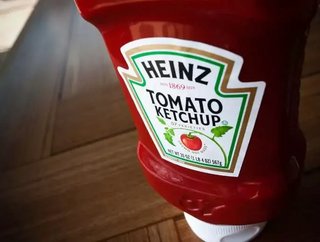 Kraft Heinz, the maker of Heinz Ketchup, has appointed its youngest ever CFO: David Knopf. The food behemoth said that the 29-year-old will replace Pau...

Kraft Heinz, the maker of Heinz Ketchup, has appointed its youngest ever CFO: David Knopf.

The food behemoth said that the 29-year-old will replace Paulo Basilio on 1 October 2017.

The leadership shake-up may be a bid to improve the food giant's slumping sales, according to reports from Bloomberg.

Kraft Heinz has not posted any growth since its 2015 merger, orchestrated by 3G Capital and Berkshire Hathaway Inc.

The slump reflects a shifting trend in consumer tastes as more people are opting for fresh food rather than processed food.

The Princeton graduate began at Goldman Sachs as an investment banking analyst before moving on to Onex as a private equity associate. He later worked for 3G Capital where he worked on several prominent acquisitions including Burger King and Heinz.

Knopf received a nomination for the Forbes 30 Under 30 Finance List for his work at 3G Capital.

The 29-year-old has been working at Kraft Heinz since 2015. During this role, his responsibilities included overseeing the Planters Nuts brand and heading global budget and business planning, as well as zero-based budgeting and financial strategic planning as a vice-president.