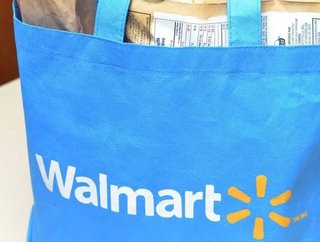 Walmart has enjoyed a sales rise of 1.8% in the US as more and more Americans buy their food at the retailer. Food sales at Walmart have risen to their...

Walmart has enjoyed a sales rise of 1.8% in the US as more and more Americans buy their food at the retailer. Food sales at Walmart have risen to their highest level in five years, as the company looks to build on this success with an increased range of organic food both in-store and online.

Walmart is also trialling delivery services in New York as it battles with Amazon.com, Aldi and Lidl all of whom are making inroads into the US. Walmart is now the second largest online retailer behind Amazon.com with a massive 60%-rise in e commerce for the same period. Second quarter revenue rose 2% to $123.4bn.

Food sales account for $200bn of revenue for Walmart which is now over half (56%) of its total income.

Walmart is the largest US company by revenue and still more than three times larger than Amazon and many believe that it poses a huge threat in the online grocery business because its stores are located within 10 miles of virtually 90% of Americans. Meanwhile, Amazon is preparing to acquire upmarket store chain Whole Foods Market.

Walmart has recently given their stores a makeover, replacing many dark colours with natural wood and have cut losses from out-of-date food by linking every product to a bespoke Walmart app. Online groceries will be despatched from 1,100 stores by the end of the year. In Phoenix, Walmart is testing a new delivery option with Uber.

Doug McMillon, president and chief executive of Walmart said: “We’ve seen strong results from the rollout of online grocery, which is now in more than 900 US locations. We’re expanding this service in many of our markets around the world.”