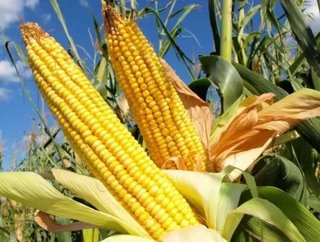 A new development for the New Year has some experts excited while others are worried about what the future of the United States agriculture industry wil...

A new development for the New Year has some experts excited while others are worried about what the future of the United States agriculture industry will hold. The USDA has put forward a proposal to stop restricting the commercial growth of corn and soybeans genetically modified to be resistant to 2,4-D, the powerful Dow Chemical-produced herbicide also known as Agent Orange.

The idea is that these genetically modified corn and soybean seeds (produced by Dow AgroSciences, natch) will be able to tolerate not just glyphosate but 2,4-D for a longer period of their lifespans, allowing the herbicide to have a greater effect during the growing season. But the Dow Enlist seed line has been highly controversial since it first arrived on the scene and asked the USDA for approval. What happens if pestilent weeds develop a tolerance for these stronger herbicides, rendering 2,4-D ineffective? After all, that’s exactly what has happened with the last generation’s glyphosate-resistant Roundup Ready GMO crops – once the national standard, their slipping effectiveness is the reason that the industry is now looking toward 2,4-D. But according to some scientists and advocates, building up a tolerance to 2,4-D as well is not so much a question of “if” but “when” if this new batch of GMO crops are allowed to enter the mainstream agriculture market:

Farmers have been eager for a new generation of herbicide-resistant seeds because of the prevalence of weeds that have become immune to Monsanto's Roundup. But skeptics are concerned that use of the new seeds and 2,4-D will only lead to similar problems as weeds acquire resistance to that chemical too.

"It's just so clear. You can see that you have this pesticide treadmill effect," said Bill Freese, a chemist with the Washington, D.C.-based Center For Food Safety, which promotes organic agriculture.

According to the article, the USDA’s counter to this concern is that 2,4-D’s status as the third-highest used herbicide in the United States means that this decreased effectiveness will likely happen eventually whether 2,4-D resistant GMOs are trotted out or not. In the meantime, proponents of the new crops assert that the risks are outweighed with the benefits to their output and to the soil:

Herbicide-resistant seeds permitted most farmers to stop tilling because they could spray fields after their plants emerged, killing the weeds but leaving crops unharmed.

The new generation of plants "allowed us to do a better job of controlling the weeds, and therefore, we've been able to do a better job of preserving the soil, which is our primary natural resource," said Ron Moore, who grows 2,000 acres of corn and soybeans with his brother in western Illinois.

Still, this is a serious next step – knowing that tolerance and immunity over time is a given, having a solid plan in place for when weeds inevitably conquer even Agent Orange?

The public reportedly has 45 days to voice their comments before the USDA and EPA make their decisions on deregulation, and the Center for Food Safety and other advocacy groups have already threatened legal action. They may be a battle yet before Dow’s seeds make their way into the nation’s farmlands.