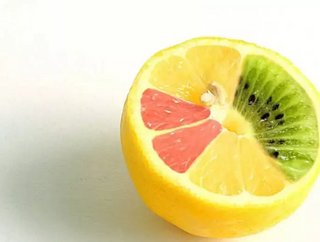 It seems safe to say that the debate over genetically engineered foods in general is heating up again. Within the same week that the USDA approving the...

It seems safe to say that the debate over genetically engineered foods in general is heating up again. Within the same week that the USDA approving the controversial Arctic Apple this week, US senators Barbara Boxer (D-CA) and Richard Blumenthal (D-CT) have reintroduced a bill that—if it passes—would mandate the labeling of GMOs and processed foods that contain genetically modified ingredients.

As Food Safety News reports, The Genetically Engineered Food Right-to-Know Act is about keeping consumers informed about what they’re eating:

Democratic Oregon representative Peter DeFazio, who also aided in reintroducing the bill, noted that such labeling is not at all unheard of in other countries that regulate genetic modification much more closely:

“We cannot continue to keep Americans in the dark about the food they eat,” [DeFazio said. “More than sixty other countries make it easy for consumers to choose. Why should the U.S. be any different?”

The bill offered up by Boxer, Blumenthal, and DeFazio echoes a growing sentiment among consumers who want to know more about what they’re eating and make more educated choices on the products that they buy to feed their families. The lack of long-term testing on the effects of genetically modified foods has made many consumers uneasy and wary of the safety and healthfulness of such products. This has led many consumers and influencing voices to ask for clear labeling and to support advocacy groups like Just Label It:

“The public wants more information about the food they are buying and how it’s grown,” said chef Tom Colicchio, who joined the lawmakers and advocates from Just Label It, Food Policy Action, Environmental Working Group and Center for Food Safety at a press conference announcing the bill. “I applaud Sens. Boxer and Blumenthal and Rep. DeFazio for their leadership and urge their colleagues to join them in standing up for the 93 percent of Americans who want to know whether their food has been genetically modified.”

But will this new introduction of the legislation finally be enough to pass? It’s going to be a tough uphill battle, especially now that Senate and House of Representatives have a more conservative slant—GMOs are big business, after all. But even if it’s symbolic, the reintroduction shows a dedication to the cause that isn’t going away any time soon.