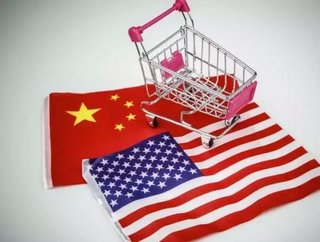 Despite Chinas best efforts to crack down on food safety laws earlier this summer, major problems have only continued to occur with some serious and lon...

Despite China’s best efforts to crack down on food safety laws earlier this summer, major problems have only continued to occur with some serious and long-lasting worldwide effects – McDonald’s is still reeling from the profit losses caused by a food safety scandal at its Shanghai-based meat supplier. So the Chinese government is taking another run at addressing the issue, this time with the help of some outside input.

The Grocery Manufacturers Association (GMA), a US-based trade association, has cosigned a Memorandum of Understanding along with the Chinese National Food Industry Association (CNFIA). A Memorandum of Understanding is an official document outlining an agreement between two or more parties, confirming that those parties will be working together toward a common goal. In this case, that common goal is improving food safety in both China and the United States. As part of the effort, both associations have agreed to start working together more closely on food safety issues and opening up dialogue and collaboration opportunities between its members.

“As our food supply has become more global and more complex, partnerships like these have become even more critical to enhancing food safety,” said Pamela G. Bailey, President and CEO of the Grocery Manufacturers Association, in a press release from the organization.  “We all share the common goal of building safer food systems, and we welcome this close coordination with CNFIA and other partners to achieve that goal."

The press release also had CNFIA President Shi Xiushi praising the Memorandum of Understanding, addressing it as: “a new start for the two associations to further strengthen cooperation, promote the development of our food industries, and contribute to food safety."

Along with members of the GMA and the CNFIA, other high-ranking figures in the U.S. and Chinese food manufacturing world were also on hand for the Memorandum of Understanding signing including Chinese Food and Drug Administration Vice Minister Yin Li and reps from the USDA and the U.S. FDA.