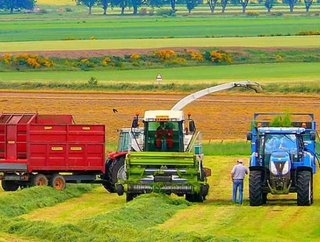 Almost half of Britain’s businesses, operating within the food supply chain, claim that EU workers are considering leaving the industry due to fears...

Almost half of Britain’s businesses, operating within the food supply chain, claim that EU workers are considering leaving the industry due to fears over what Brexit might bring, according to a report conducted by the Food and Drink Federation. The survey – conducted between March and May – was based on the testimony of 627 companies.

The report revealed that 47% of companies operating within the British food supply chain – including farms, food processors, supermarkets and restaurants – claimed that EU workers were uncertain of their future as a direct result of Britain’s decision to leave the EU.

Food processing makes up the biggest percentile of British manufacturing (around a fifth (400,000) of the British-based 2 million EU workers are working within the food supply chain that relies heavily on immigrant labour. On average around a third of the food and drink supply chain's permanent workforce are EU nationals. Nearly a third of companies that responded claimed that some EU employees had already left as a result of Brexit.

Thirty-six percent of companies surveyed – including members of the Association of Labour Providers, British Beer and Pub Association and the National Farmers Union – said their businesses would be ‘unviable’ without access to EU workers. Almost three quarters of respondents claimed to face challenges when recruiting permanent local staff and almost two thirds when looking for local seasonal/ temporary workers.

Seventeen percent of respondents said they would look to relocate overseas if they had no access to EU nationals.

The report stressed the need for greater discussion regarding the possible damage that Brexit could cause: "We must stress the urgency for more detailed information about a new system before 2019, if it is to be implemented once the two-year Article 50 period ends.”