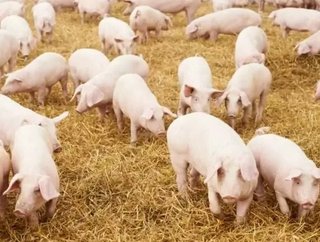 Meat manufacturer Tyson Foods has been in the process of acquiring Hillshire Brands since June &ndash; but when businesses as large as Tyson Foods and H...

Meat manufacturer Tyson Foods has been in the process of acquiring Hillshire Brands since June – but when businesses as large as Tyson Foods and Hillshire Brands make plans to merge in the United States, there are certain protocols that have to be followed. One of the biggest protocols is an antitrust investigation to ensure that no monopolies are being formed to seize control of a given industry. This week the U.S. Department of Justice (DoJ) has concluded its review, on the condition that Tyson sells off its Heinold Hog Markets business, has given Tyson Foods and Hillshire Brands clearance to move forward with their $8.5 billion merger.

The one caveat of the Department of Justice’s approval of this merger is that Tyson must divest hog purchasing business Heinold Hog Markets in its entirety. It’s a lucrative business – according to the New York Times, the 45-employee business brings in around $270 million in annual sales. But selling it is vital to maintaining some kind of power balance between sellers and buyers in the hog market.

As the Department of Justice explains, Both Hillshire Brands and Heinhold Hog Markets purchase sows from hog farmers for processing into sausage and other processed meat products. With all assets intact, Tyson and Hillshire combined would form an entity controlling more than a third of all sow purchases from United States hog farmers, a percentage that would allow them an unfair amount of control over competition and pricing. But by selling off Heinhold Hog Markets, the market can remain competitive.

“Farmers are entitled to competitive markets for their products. Today’s proposed settlement will help ensure that hog breeders in the United States will continue to receive the benefits of vigorous competition when selling sows,” said Bill Baer, Assistant Attorney General in charge of the Antitrust Division, in the Department of Justice’s press release. “Without the divestiture, the proposed acquisition would have eliminated a significant customer for farmers’ sows and likely would have resulted in less competition in this important agricultural market.”

Pork industry source The Pig Site reports that Tyson must sell Heinold Hog Markets within 90 days of the agreement, which was reached on August 27. The Department of Justice further stipulates that Tyson must sell Heinold to a buyer approved by the DoJ’s Antitrust Division to avoid any complications. Until that buyer has been found, Tyson and Hillshire must run Heinold as a completely independent and competitive business, keeping all operations fully separate from Hillshire Brands.