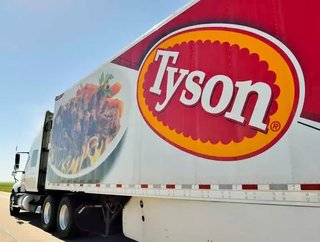 US meat producer Tyson foods has lifted its full-year earnings guidance, thanks to a renewed appetite for beef among American consumers. The company sa...

US meat producer Tyson foods has lifted its full-year earnings guidance, thanks to a renewed appetite for beef among American consumers.

The company said, it expected adjusted earnings for the fiscal 2017 year, which ended on Saturday, to come in between $5.20-$5.30 per share.

This is up from its previous prediction of $4.95-$5.05 per share. Arkansas-based Tyson attributed the amendment primarily to “much better than expected earnings” in its beef business.

Beef is the company’s biggest sales unit, accounting for 37% of total group revenue and 24% of group operating profit last year.

The announcement comes as the company plans to cut 450 corporate jobs as part of its stated goal to have a leaner operation while focusing on growing profits.

In a statement, Tyson Foods said it will eliminate 450 jobs, with most of the layoffs occurring at the company’s headquarters in Springdale, Arkansas, and that at corporate offices in Chicago and Cincinnati.

“These are hard decisions, but I believe our customers and consumers will benefit from our more agile, responsive organization as we grow our business through differentiated capabilities, deliver ongoing financial fitness through continuous improvement and sustain our company and our world for future generations,” said Tom Hayes, Tyson’s president and chief executive officer.