Tea Lovers, This One’s For You 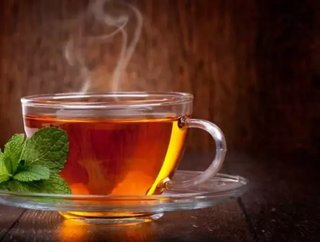 Think you know everything there is to know about tea? Think again. This infographic explores a ton of figures and statistics about the industry, from pr...

Think you know everything there is to know about tea? Think again. This infographic explores a ton of figures and statistics about the industry, from production numbers to consumer trends. How many of these facts do you know, and how many are news to you?

1. China is the World’s Most Prolific Tea Producer – By a Landslide

You may already know that China is the world’s largest producer of tea leaves, but did you know to what extent the country outpaces its competition? According to the infographic, China produces nearly 1.47 million tons of tea every year. India, its closest rival, only produces 991,180 tons per year, and Kenya makes for a distant third place with 399,000.

China, India, and Kenya may produce the largest volumes of tea but that tea is not all for them. The United Arab Emirates places first as the largest consumer of tea, at an average rate of 6.24 kg annually per capita. The UAE is followed closely by Morocco (4.34 kg) and a tie between Ireland and Mauritania with 3.22 kg each.

3. Turkey Can Dish It Out As Much as It Can Take It

4. Germany is Just Not That Into Tea

If you are trying to introduce a new tea brand into Germany, you might be better off giving up before you start. According to the infographic, Germany ranks the absolute lowest in terms of tea conception with the average person drinking less than a quarter of a kilo per year.

Check out these facts and more in this infographic: