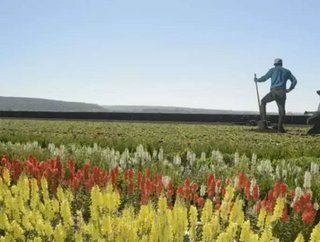 With coastal vistas and acres of green fields, Californias Central Coast is visually stunning. But theres a real strength behind that beauty: its also a...

With coastal vistas and acres of green fields, California’s Central Coast is visually stunning. But there’s a real strength behind that beauty: it’s also an $8 billion agricultural powerhouse.

This month, the Monterey County Agriculture industry reported a production value of $4.38 billion just at farm gate, generated by 26 unique crops ranging from strawberries and leafy greens to livestock and wine grapes. Known as the “salad bowl of the world,” a nickname stemming from its cultivation and marketing of the easily-shipped iceberg lettuce varietal in the 1950s, Monterey County’s Salinas Valley is one of the top producers of fresh and value-added vegetables in the world.

But that world is changing – and to stay on top, growers and producers are finding that they must find ways to change and develop as well. In Salinas Valley, those producers are turning to technology to improve their production and thrive.

The soil and climate of Salinas Valley may be perfectly suited for agriculture, but that does not make the region immune to the problems that have been plaguing much of the food production industry in recent years – drought. It’s a problem that has hit particularly hard in California, but Salinas has a major benefit in technology that has allowed the region to stay relatively insulated against the worst of the drought’s effects.

A major example of this has been the early adoption of microirrigation techniques like drip tape, a strategy that delivers water uniformly and directly to crop roots. By employing this practice across more than 60 percent of operations over the last two decades, Salinas Valley growers have been able to save a significant amount of water – and not at the expense of yields.

“We’ve grown our yields almost three times in those two decades and used less water while doing it,” says Monterey County Farm Bureau Executive Director Norm Groot. “We are highly efficient in what we do already at this point, and now we’re looking at new technologies to help improve that efficiency even further through soil moisture sensors, climate prediction systems, and linking all that information together so that farmers can actually determine when a particular crop will be most receptive to an irrigation pattern. We’re getting much more precise in how we’re predicting irrigation, it’s not just someone going outside and turning on a faucet on a daily basis, so to speak. That will lead to more conservation of our water resources and efficiencies.”

“The American consumer has become conditioned to expect that their food is safe when they buy it at the supermarket, so they take it for granted a lot of times and don’t realize the rest of the world pays a lot more for fresh fruits and vegetables and may not have that level of safety built in. So I think our consumers are spoiled in that regard – they don’t fully understand all that goes into a product to ensure that it’s safe and that we’re making sure that what goes to their table every night is something that they can rely on as being healthy and beneficial to their livelihood.

In 2006, a rash of E. coli O157:H7 cases were traced back to packaged baby spinach originating in the Salinas Valley. It may be eight years ago now, but the incident still weighs heavy on the region’s heart. In particular, it’s a critical driver in the push for every Salinas producer to be at the top of their game in the realm of food safety. This drive has led to innovations like the low-pH propylene glycol based SmartWash that is now used in produce processing plants around the world.

Another technology that has been adopted extensively throughout the Salinas Valley agriculture system is RFID and similar tracking systems. These comprehensive systems allow growers and processors to track their products throughout the value chain from end to end, and to know exactly what lot a piece of artichoke or broccoli was picked from and on what day. This transparency isn’t just for record-keeping – if an inspector finds produce that has been contaminated by a foodborne pathogen, RFID systems allow growers to more quickly isolate and address problem areas without shutting down all production completely.

According to Groot, in recent years this heightened dedication to food safety has become one of Salinas Valley’s greatest assets in helping its local growers compete against inexpensive labor overseas. “Obviously production can be a lot cheaper [in China or Mexico], because labor is a lot cheaper and they have less regulatory restrictions,” he says. “But what we like to promote here is that we provide the safest food supply in the world – mainly because we do have a lot of those protections, but also because we developed the food safety measures that are currently in effect for the rest of the country here in this Valley. That was out of necessity in 2007, but we have taken the step as an industry voluntarily to put in some very strict measures for food safety to ensure that what’s produced is healthy, and we’ve seen that that’s been successful.”

“We have a very safe food supply that we’re producing locally here, and with the focus on local I think that’s important for people to understand,” he says. “[Consumers] want to know where their food is produced and how it’s produced, as well as how safe it is. We have those advantages that we can use that as a selling factor to differentiate ourselves at this point.”

“China and Mexico are buying our Driscoll strawberries because they know they’re safe,” adds Mayor Salinas Mayor Joe Gunter. “Our folks have been very aggressive about these issues, and are pretty proud of what they’re able to do.”

“We’re seeing a lot of interest in technology coming into our valley now,” says Groot. “We like to pride ourselves and our community here as being early adopters of new technology.” But the Salinas Valley is not content to be a passive adopter of new technology that comes along. The region is also actively courting the production of new agricultural technologies by harnessing the tech movement happening sixty miles north in Silicon Valley, in an initiative referred to as the Steinbeck Innovation Cluster.

“Anywhere in the world, agriculture is the backbone of any country,” says John Hartnett, CEO of SVG Partners and co-founder of the Steinbeck Innovation Group. “40 percent of jobs in California’s Central Valley are inthe agriculture world. When you look at innovation and think about the future of any economy, he who leads in innovation is going to drive change.”

The Steinbeck InnovationCluster represents a four-pronged approach to promoting new technology in agriculture and driving this economic future, targeting innovation building (youth education outreach and entrepreneurial training), acceleration (startup incubation and professional services), investment (outreach to venture capitalists and angel investors), and strategic corporate engagement. The Steinbeck Innovation Foundation has already made headway with youth programs like Coder Dojo and adult programs like FastTrac to help budding entrepreneurs refine their concepts and acquire capital funding. Further strategic partnerships with leading ag-focused research colleges like UC Davis, Georgia Tech, and Hartnell College along with corporate partnerships with local and global businesses like Dole, Taylor Farms, Ocean Mist and Chiquita have gone a long way in highlighting the interest in bringing technology and agriculture together.

At the heart of the initiative are the Steinbeck Innovation Center, a hub currently under construction in downtown Salinas which hopes to bring in researchers and entrepreneurs for project incubation, and the newly launched Ag Tech Summit which aims to bring business leaders together to enhance the role of innovation in agriculture on a global level.

“We are bringing together some of the biggest companies in agriculture and technology,” said Hartnett in a statement announcing the summit. “These are leaders who will shape the future of ag, water use, energy and tech not just for this region, but for the world.” This July marked the inaugural Ag Tech Summit, and featured speakers including Taylor Farms CEO Bruce Taylor, IBM Software Strategy Director Deborah Magid, former Cisco Chief Futurist and current SV entrepreneur David Evans, and a host of other experts and professionals to share their ideas and build a better industry.

“As you can see, Salinas Valley is quite different than what you may be used to in the Midwest or other parts of the country as well as other parts of California,” says Groot. “We are primarily what’s called a ‘specialty crop’ county, where we’re producing the leafy greens, the lettuces, the spinaches, the broccolis, the carrots, the strawberries – which is one of our biggest crops at this point. We produce about 55% of the strawberry crop in California here locally.”

That land isn’t expected to change hands any time soon, either. “You’re not going to pry it from the hands of our locals,” says Gunter.

“There’s an incredible amount of multigenerational pride that families have – their grandfathers or great grandfathers began the agricultural industry here,” adds Kimbley Craig, District 5 Councilmember of Salinas City Council. “I think there’s a tremendous amount of prideand also just the desire, the want, and the need to keep the businesses here and give back to the community. Bruce Taylor of Taylor Farms and Fresh Express is building his headquarters literally across the street. It’s not the cheapest thing to build from the ground up built to spec. But he opted to bring his 450 employees into our oldtown to grow it, and that’s just his commitment to the city of Salinas.”