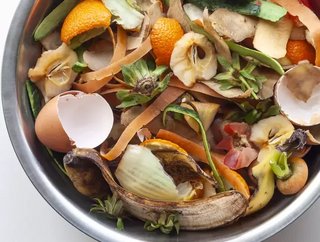 The greenhouse gas methane is produced when food rots. To decrease pressure on landfills, one solution is to compost food at home. FoodCycler has a plan

Town Councillors in Inuvik, Canada, are investigating a way to divert up to 50% of food waste from landfill.

In the fight against climate change, there must be a solution to this available in every kitchen - enter the FoodCycler.

Christina Zardo, the manager of Municipal Solutions at Food Cycle Science, has presented a unique opportunity to the Inuvik Councillors.

In a Municipal Pilot Programme, Inuvik residents would be able to purchase a discounted food waste recycling unit: the FoodCycler.

Here’s how the FoodCycler works:

However, not all food is created equal. The FoodCycler accepts food waste items such as:

The exceptions include hard, heavy and greasy items, including:

“Food waste is a problem that has a strong municipal impact”, said Zardo. “One of those impacts is that food waste makes up such a large portion of our waste stream, so it causes our landfills to fill up quickly. It accounts for a large portion of our household waste and it’s made up of mostly liquid which is heavy and freezes in the cold on top of that food waste and landfills is responsible for generating harmful greenhouse gases.”

Inuvik Councillors are considering the idea, as the town in northern Canada has seen for itself the impact of climate change, with increasingly warmer winters.

“I think it’s something we may want to look at a little bit more as a council”, said deputy Mayor Steven Baryluk. “We need to do a bit of homework before we make a commitment to it.”

How does the FoodCycler work?