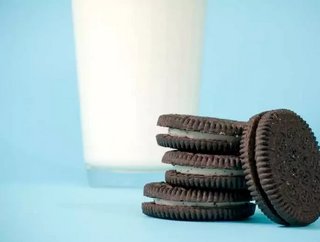 Mondelēz International has appointed Glen Walter as the next president of its North American business. He will oversee the US$7bn company’s interest...

Mondelēz International has appointed Glen Walter as the next president of its North American business.

He will oversee the US$7bn company’s interests in both the US and Canada.

Walter was the CEO of Coca-Cola Industries China before he was tapped for this new role and he also previously served as COO for Coca-Cola in North America.

Before that, he was president of InBev USA, general manager at Pearce Beverage Co. and part of the sales and marketing team at Ej Hall Winery Inc.

“I’m thrilled to join Mondelēz International and begin working with the leadership team to grow the North American business on both the top and bottom lines,” Walter said.

“I look forward to collaborating with my new colleagues to shape the future for our unparalleled portfolio of iconic brands.”

“Glen is an inspirational leader with an impressive track record of building brands and driving growth in North America and beyond,” said Mondelēz’s outgoing CEO, Irene Rosenfeld.

“His deep operating experience in complex businesses, including a strong focus on sales excellence, make him a terrific leader for our North America region. I’m delighted to welcome Glen to the Mondelēz International family.”

The announcement comes is the latest in a sweeping round of executive changes at the snacks powerhouse.

In August, it was announced Irene Rosenfeld, the company’s chief executive will be succeeded by Dirk Van de Put, former president and CEO of McCain Foods, effective of November 2017.

Mondelēz, the maker of Oreo cookies, Ritz crackers and Trident gum has struggled in recent times as centre store sales have stagnated and consumers have gravitated towards better-for-you-options.

Walter has a wide-ranging skill set and broad experience in the food and beverage industry.

It is hoped rear reg executive shift could be an effort to bring in new talent to innovate the company, stimulate growth, and curtail revenue losses due to changing consumer trends.