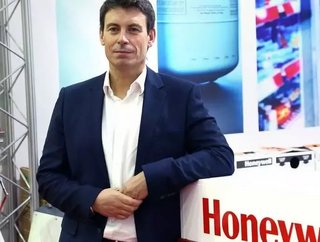 The sustainability of food is increasingly important to consumers and a growing factor in their decision as to which supermarkets and corner shops they...

The sustainability of food is increasingly important to consumers and a growing factor in their decision as to which supermarkets and corner shops they purchase from.

Why? Global food waste is becoming more acute by the day, and it’s attracting an unprecedented level of government and media attention.

The United Nations’ Food and Agriculture Organization (FAO) says that one-third of the food produced worldwide – or some 1.3 billion tonnes – gets wasted every year.

Most of this is fruit, vegetables, roots and tubers – amounting to losses of US$680 billion per year in industrialized countries and $310 billion in developing countries.

In fact, the FAO estimates that the 222 million tonnes of food wasted each year is equivalent to the entire net food production of sub-Saharan Africa.

Meanwhile, the UK sustainability charity Waste and Resources Action Program reports that Britons are throwing away £13bn of edible food annually, equating to £470 per household.

Not surprisingly, sustainability is now a key element of brand loyalty, and in the reputation, profitability and commercial success of organizations in the food and grocery sector. In response, many retailers are looking at how they address inefficiencies in their supply chains that are leading to waste.

Of prime concern is refrigerated food storage – or ‘cold chain’ – which directly impacts the preservation of food.

However, cold chains are still largely a phenomenon of the modern world: only about 10% of perishable foods are refrigerated worldwide.

This is because refrigeration can represent 60% of a store’s overall costs, and many businesses – particularly those smaller in size or located in developing markets – are foregoing or limiting cold storage to save money.

However, in our global economy, refrigeration is a must for solving the problem of food waste.

Refrigerated transportation alone could avoid a quarter of food waste in developing countries, while cold chains developed for perishable foods like fruits and vegetables could potentially preserve three-quarters of the world’s food supply.

While some food businesses are limiting or avoiding refrigeration altogether, many that do use cold chains are operating older, high global warming hydrofluorocarbon- (HFC) or hydrochlorofluorocarbon- (HCFC) systems that leak, are ineffective, and emit unacceptable levels of greenhouse gases. This raises another concern for consumers: carbon footprint.

To address these issues, global regulations are tightening. In 2018, the sale of HFC and HCFC refrigerants will be severely restricted in Europe – cutting worldwide supplies nearly in half.

HFO refrigerants are already making an impact. The replacement of older HFC and HCFC refrigeration systems with Honeywell HFO solutions is estimated to have saved the carbon dioxide equivalent of removing more than 10 million cars from the road – more than two-thirds of the number of cars registered in the E.U. last year.

Tesco, for example, decided to upgrade 1,200 of its stores to HFO technology and expects to reduce emission of these stores by 40%.

In addition to their emissions benefits, HFO solutions can yield up to 10% higher energy efficiency.

Tesco subsequently decided to bring HFO technology to developing markets such as Thailand, where 900 Lotus Tesco stores have been converted.

Honeywell HFO technology has now been adopted by 30 supermarket brands around the world and will be installed in more than 7,500 systems before the end of 2017, making it the most widely adopted low GWP solution on the market.

To tackle the long-standing issue of cold storage avoidance, local education is key – and refrigerant producers have a key role to play.

Just this year in India, a state-of-the-art air conditioning and refrigeration laboratory was opened for exactly this purpose, educating manufacturers on the efficiencies of low GWP cooling. T

hese manufacturers are, in turn, teaching business owners about the importance of refrigeration and value of food preservation.

However, much work remains to close the global food waste and emissions gap. Here, the ethical stance of global consumers – and their passion for sustainable issues – will do much to put pressure on businesses and governments, and to encourage further grass-roots education.