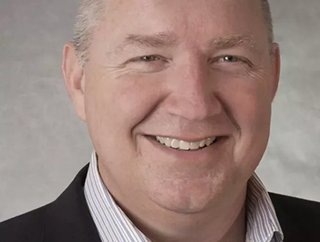 Nestlé has confirmed that Steve Presley, the company’s current chief finance and strategic transformation officer for NestléUSA, has been appointed...

Nestlé has confirmed that Steve Presley, the company’s current chief finance and strategic transformation officer for Nestlé USA, has been appointed as the company’s market head and CEO.

Presley will succeed Paul Grimwood who held the position for six years as of April 2018.

Meanwhile, Grimwood will continue as non-executive chairman of Nestlé USA until May 2019.

With brands such as Nescafé, Lean Cuisine and DiGiorno pizza, Nestlé USA is the largest of eight US operating companies that form Nestlé Group boasting $9.7bn in sales in 2017.

Beginning his career with Nestlé over 20 years ago, Presley has held various roles within the beverage division such as vice president of finance and vice president/general manager of premium ready-to-drink beverages.

“His powerful combination of deep commercial and financial expertise provides continuity and makes him ideally suited to lead Nestlé USA in the changing consumer marketplace.

“Steve’s experience will prove invaluable in continuing to pursue new internal and external models to increase the speed of innovation, capitalise on M&A to seed our innovation machine, and create new income streams and capabilities,” he added.

Frexie also praised Grimwood’s contribution to the business as chairman and CEO, noting that he led a strategic transformation of the business which involved responding to changing consumer tastes and driving organisational change.

“He achieved this success while simultaneously orchestrating Nestlé USA’s strategic transformation which included the sale of our confections business, moving our headquarters across the country, and leading acquisitions and investments in companies like Freshly, Sweet Earth and Chameleon Cold-Brew.”

Presley’s replacement will be announced at a later date, the company said.