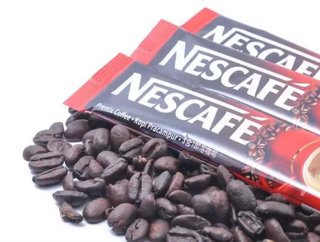 Nescaf&eacute; is big business, and international food processing giant Nestl&eacute; knows it. In a bid to increase its reach and production capabiliti...

Nescafé is big business, and international food processing giant Nestlé knows it. In a bid to increase its reach and production capabilities while at the same time shrinking its carbon footprint, Nestlé has announced that the company is investing €102 million in the construction of a new energy efficient production line at its Nescafé factory in Girona, Spain.

As Nestlé has stated in an official press release announcing this new development, the new production line will increase output at the factory from 21,000 tons to 30,000 tons of Nescafé instant coffee per year, bolstering the Girona factory’s status as the largest Nestlé coffee production plant in Europe. At the same time, the line will utilize 40 percent less energy and 33 percent less water compared to similar lines at the Girona plant. The line will also add at least 30 to 40 jobs at the factory, which is always good news.

Beyond its technical and immediate capabilities, Nestlé’s ambitions for the new production line involve reaching new audiences in new markets. All coffee manufactured along this new production line will be exported throughout Europe and into the Middle East, with the goal of targeting untapped and emerging markets.

“The production of the new plant will go abroad,” Nestlé technical director Miquel Serra told the press. “Today, Girona exports 74% of what it produces to more than 70 countries. With the new facility, we enter new countries in Europe and probably the Middle East.”