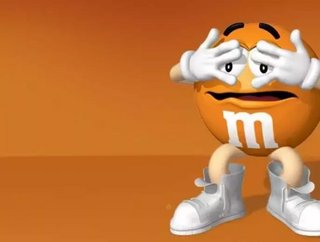 As the parade of snack nostalgia marches on, another ephemeral treat will soon be raised from the dead to grace grocery store shelves once more. Confect...

As the parade of snack nostalgia marches on, another ephemeral treat will soon be raised from the dead to grace grocery store shelves once more. Confectionery and food processing company Mars Inc. is taking cues from nostalgic fans, with their years of Facebook pages and online petitions, by bringing back Crispy M&Ms starting in January 2015.

In the United States, Crispy M&Ms were a limited-time only release that were discontinued in 2005, but that hasn’t stopped its fan base from holding a torch for their favorite M&Ms type and going to considerable lengths to get their hands on some:

People ask Mars to bring back Crispy M&M’s “nearly daily,” Seth Klugherz, senior director of M&M’s Chocolate Candies, told BuzzFeed News. The candy is so popular that the most committed fans have it shipped from places like Germany and Australia, where it was never discontinued.

If this all sounds a little bit familiar, it’s probably because it bears a striking parallel to Coca-Cola’s resurrection of Surge in September. But one comeback wasn’t inspired by the other – as Klugherz told Buzzfeed, the idea to bring back the M&Ms style was in the works well before Coca-Cola announced its own nostalgia-based launch.

There is another key difference as well – while Coca-Cola relaunched Surge as an experimental online-only affair through a partnership with Amazon, Mars is fully bringing M&Ms Crispy back to the brick and mortar retail market with availability on grocery store and discount store shelves.

This could be for a few reasons – for one thing, from a purely logistical supply chain stance, individual units of bagged chocolate-covered crisped-rice candy are much lighter and easier to transport than six-packs of canned soft drinks. This could in turn make it more cost-effective for Mars to ensure that a decent amount of M&Ms are in stores without having to invest too much before knowing exactly what the response is going to be like. Mars might also just be a lot more confident that demand and resultant sales for Crispy M&Ms will make the extra effort worth it.

Considering that the initial re-run of Surge sold out almost immediately, Mars has a lot to be confident about.