This major food giant has become the world's largest B Corporation 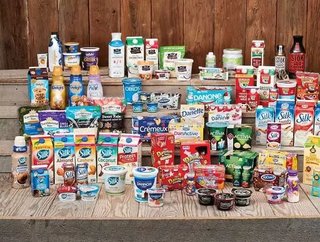 Danonewave, the yoghurt giant’s US arm, has become the largest certified B Corporation in the world, thanks to its social and environmental performanc...

Danonewave, the yoghurt giant’s US arm, has become the largest certified B Corporation in the world, thanks to its social and environmental performance.

On top of this, the firm has also renamed itself and will now be called Danone North America.

The US division passed rigorous assessments by B Lab, a third-party non-profit which ensures that the company has met high standards of social and environmental performance, accountability, and transparency.

The B Corp certification measures a company’s environmental and social performance in detail and it also requires companies to share those results and adopt a new legal status.

“Our new name better positions us as part of Danone, a forward-looking and unified global food and beverage company that demonstrates business success can be synonymous with building a healthier world through food.”

The Danone brand now has eight units, including its UK and Spain subsidiaries, that are certified as B-Corps.

Chief Executive Emmanuel Faber said that he aims to get the whole firm certified in a bid to rebuild consumer trust in big food.

Danone North America aimed firm achieve the certification by 2020, but achieve it two years ahead of schedule.

When the company merged with organic and plant-based food giant WhiteWave last year, it became a Public Benefit Corporation - a legal status which means that the companies have to have a purpose beyond profit and it also has to consider stakeholders as well as shareholders when making any decision.

This legal step is necessary for any company to become certified as a B Corporation and Danone North America did it in advance.