Love pesto? Genoa Airport is letting you take it in hand luggage 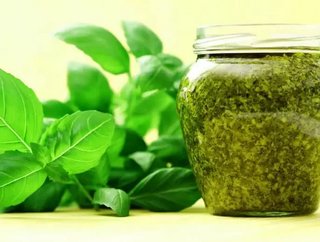 In times of ever-heightening airport security and stressful queueing, passengers flying from Genoa can at least be safe in the knowledge that their pest...

In times of ever-heightening airport security and stressful queueing, passengers flying from Genoa can at least be safe in the knowledge that their pesto can be taken on board.

The Italian city, home to the biannual Pesto World Championship, is making it easier for travellers to take the delicacy away with them, with 500g allowed through departures.

Pesto carriers can ask airport staff for a special sticker in exchange for a €0.50 donation to the Flying Angels charity, which flies children to receive medical treatment. Once stickered, the pesto, which must be Genovese, is passed through a special x-ray scanner before being taken onto the aircraft by the passenger.

Genoa Cristoforo Colombo airport made the decision after security staff were inundated with hundreds of seized jars of pesto. Since launching on June 1, more than 500 jars have made it through.

There is chatter about whether other locally produced food and drink may also become exempt from the 100ml rule, however the airport is keen to stress that security remains the overrising priority.