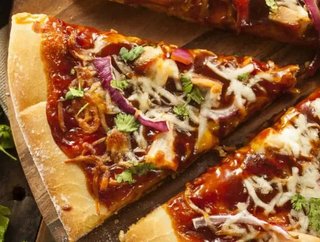 A lot of big news came from Starbucks this week. On the positive side: CEO Howard Schultz announced that delivery service will start rolling out in Seat...

A lot of big news came from Starbucks this week. On the positive side: CEO Howard Schultz announced that delivery service will start rolling out in Seattle and New York City test markets this year, along with a nationwide rollout of mobile ordering so that busy consumers can order ahead of time and simply pick up their finished drinks when they walk in. Our mornings are about to get a lot more convenient, and we can’t wait. ~ Buzzfeed Business

On the failing-at-positivity side, on the other hand: Starbucks tried to start a dialogue about race relations on the side of its cups this week, and it went over about as well as you might expect. As it turns out, race relations in the United States are a little bit too complex to discuss when there are ten people behind you in line just trying to get their morning lattes already. ~ NPR

In 2008, in an effort to improve health and curb obesity, Los Angeles placed a ban on opening new fast food restaurants in its lower income areas. But now the results of a National Institute of Health (NIH) study are in and they aren’t good: fast food consumption and obesity rates in those areas have actually increased ahead of the general population since the ban was enacted. What went wrong? As it turns out, most people in those areas were eating at local non-chain restaurants anyway, so the ban didn’t really have much of an effect. So now the question is: where do we go from here? ~ Tech Times

Other efforts to promote healthy food systems in Los Angeles seem more promising: the LA City Council just approved a new ordinance allowing citizens to grow fruit and vegetables on their parkways without a permit. ~ SCPR

French foie gras producer Ernest Soulard, taken to court earlier this year on animal cruelty charges filed by animal rights group L214, received some good news of his own (and good news for his industry) this week. Yesterday the producer was cleared of all charges of “acts of cruelty.” ~ Eater National