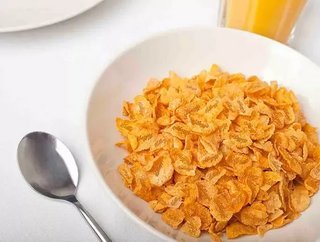 The Kellogg’s Company has tapped formed Nature's Bounty CEO Steven A. Cahillane to run the cereal giant. The hiring of Cahillane as CEO is seen as a...

The hiring of Cahillane as CEO is seen as a ‘signal of change at the company’ because the big brand is turning to outsiders to reinvigorate its slumping sales and tightening margins.

He will also assume the role of Chairman on 15 March. Cahillane was previously the CEO of Nature's Bounty and prior to that he also held senior leadership roles at Coca-Cola and Anheuser-Busch InBev.

In his role, Cahillane will have to contend with a slowdown in the packaged-food industry, with a particularly detrimental slump in cereal sales.

Many shoppers have turned away from longtime staples such as cornflakes and Special K, as consumers opt for fresher and seemingly healthier products.

Food and beverage giants such as General Mills, Campbell Soup and Kellogg’s have faced difficulty in the industry, with shares hitting their lowest prices since August 2015 earlier this month.

Sales in the US cold cereal market have declined for four straight years, according to data tracker IRI, and this has forced Kellogg’s to look to new areas like salty snacks for growth.

During his tenure, CEO Bryant cut costs and acquired the Pringles snacks business. However, the turnaround efforts have been slow to show results.

The world’s largest cereal maker hopes that their new CEO Cahillane will be able to rejuvenate the company thanks to the experience and expertise he gained at Nature's Bounty, a health company with a strong e-commerce platform.