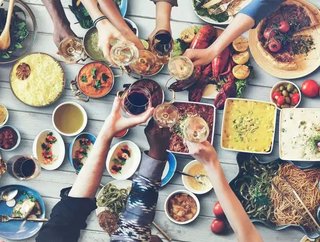 Hain Celestial’s CEO, Irwin Simon, is to step down, a quarter of a century after he founded the American organic food company. Thought to be one of t...

Hain Celestial’s CEO, Irwin Simon, is to step down, a quarter of a century after he founded the American organic food company.

Thought to be one of the longest-tenured CEOs of a packaged food company, Simon’s departure will see him become non-executive chairman of the board for “a transition period.”

Meanwhile, Hain Celestial has begun a search to help fill the position of CEO and president.

Speaking of his departure, Simon said: "When I founded the Company 25 years ago, one of my goals was to educate and change the way the world eats and lives through a relentless focus on providing organic, natural and better-for-you products to consumers.

“I am incredibly proud of the company we have built.  It has been a privilege to lead our dedicated team and drive our mission forward."

He added: “This is an exciting time of business transformation for us as we build upon our considerable achievements and advance our strategic growth and cost savings objectives via Project Terra to create shareholder value.

"I firmly believe that some of our greatest opportunities lie ahead, and I am confident now is the right time for our next generation of leadership.”

Simon, who founded the company in 1993, is the latest in a string of food and beverage industry CEOs to step down in recent months.

Faced with changing consumer habits and growing competition, around 17 other CEOs have announced their departures including the bosses of Campbell Soup Co., General Mills Inc., Kellogg Co., and Nestlé USA.

Simon’s departure comes as the organic food company has reviewed its business and is in the process of selling its protein unit, Hain Pure Protein Corp.

The firm has seen changes after it reached an agreement with the activist investor, Engaged Capital, who has disclosed a 9.9% stake in the company.