How solar power is helping combat malnutrition in India 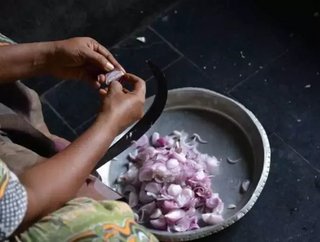 Science for Society &ndash; otherwise known asS4S Technology&ndash; is helping to tackle the issue of malnutrition among female farmers and rural women...

Science for Society – otherwise known as S4S Technology – is helping to tackle the issue of malnutrition among female farmers and rural women in India by providing solar-powered dehydration units.

The Mumbai-based start-up has given 230 rural women in small villages access to these units, which dehydrate food, such as vegetables and fruit. The foods retain nutrients and is put in water when ready to eat so that it regains its original properties. According to Hindustan Times, 25-30 percent of the 250 million tons of fruit and vegetables produced in India each year are otherwise wasted.

With malnutrition such a huge issue in Indian villages, these solar-powered dehydrators are a welcome relief. The women they have been offered to were trained to use them, dehydrating mango, papaya, spinach, fenugreek, onions, ginger and more in order to ensure that people have access to nutritional foods during the ‘lean season’ (between January and June when there is far less fresh food available).

Once dehydrated, the food can be preserved for at least six months. The women are also encouraged to sell any excess dried food, removing waste entirely from the equation. These particular dehydration units cost between three and five times less than other solar dryers.