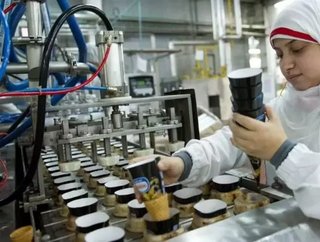 Unemployment is a problem facing millions around the world, and in Europe finding employment is especially difficult for younger people. According to re...

Unemployment is a problem facing millions around the world, and in Europe finding employment is especially difficult for younger people. According to reports, unemployment for young people in Europe can reach up to 25 percent and many are worried about job prospects continuing to worsen in the future. To combat this issue, one of the region’s biggest businesses – food and beverage manufacturer Nestlé SA – is strengthening its own investment in training and job creation for young people in Europe and getting other major businesses on board.

“There’s a kind of vicious circle: you have markets with high unemployment, and then companies reduce investment there,” Nestlé Europe CEO Laurent Freixe tells Bloomberg Businessweek. “We want to create an environment where companies want to take the risk of giving someone a first job.”

Nestlé is attempting to create that environment with its European Youth Employment Initiative. The program promises several paths toward stimulating the job market, including:

The most recently unveiled aspect of the initiative is the Alliance for YOUth program which brings other global companies like Unilever and Cargill, as well as other businesses outside the food and beverage world such as Adecco and Facebook, to create new opportunities. This week, the Alliance announced a pledge to create more than 100,000 new jobs for young people throughout Europe.

“With more than 200 companies from all over Europe, the Alliance for YOUth is the first pan-European business-driven movement pledging to help young people be better prepared to enter the professional world and improve their chances in a challenging job market,” said Laurent Freixe, CEO Nestlé Europe, in a press release from the company.

Not only does this initiative benefit European youth – in the long run, it also benefits the companies involved. As the Wall Street Journal notes, sales slow when consumers are suffering through unemployment and can’t afford to spend as much money as usual. What’s more, the unemployment crisis could turn on its head in upcoming years as the Baby Boomer generation starts to retire en masse, creating a vacuum that can’t be easily filled by workers lacking training and experience. But by promoting employment opportunities and steady economic growth throughout the region now, businesses like Nestlé might be able to create regional growth while effectively promoting their own growth as well.