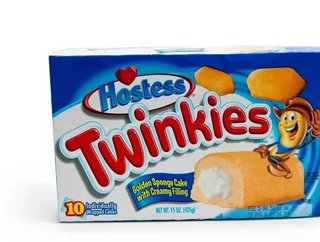 Hostess Brands Inc has announced that President and CEO Bill Toler plans to retire by March 2018 or sooner if a replacement is found. The maker of Ame...

Hostess Brands Inc has announced that President and CEO Bill Toler plans to retire by March 2018 or sooner if a replacement is found.

The maker of American snacks such as Twinkies and Ding-Dongs saw its shares fall by nearly 10% on Friday, following the announcement.

Toler is widely regarded as a driving force behind the company’s success, helping to reposition the well-known baked goods brands after the company emerged from liquidation in 2013 through a private-equity purchase and its return to the stock market last fall.

Under his leadership, the company has seen an increase in Hostess sales and profits, the expansion of its distribution network and new innovations such as Twinkie-flavored ice cream.

During the interim, until a new CEO is named, Dean Metropoulos, executive chairman of the board, will expand his duties to ensure a seamless transfer of leadership.

“Under Bill’s leadership, the Company successfully re-established the iconic Hostess brand as a leader within the sweet baked goods category and transitioned from a private to public company,” said executive chairman Dean Metropoulos.

“Bill has led Hostess through a considerable growth phase and has generated significant stockholder value. It has been a pleasure working with him to establish a strong culture as a foundation for future success.”

The Missouri-based company’s board has created a subcommittee to find Mr Toler’s successor and will evaluate both internal and external candidates.

Toler will remain on the company’s board of directors.

"I am very proud of our accomplishments," Toler said in a statement. "Hostess has built a tremendous team and it has been a privilege and honour to work with them.

"They have contributed so significantly to our success and transformation. I will leave with great confidence in their abilities and the Company's continued success."

Within the last year, several big names in the food and beverage industry including General Mills, Coca-Cola, Kellogg and Mondelez have appointed new leaders to respond to changing consumer habits and markets.