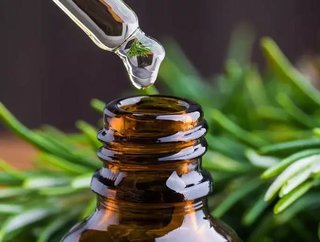 Swiss fragrance and flavour maker Givaudan has bought a 40.6% in French natural ingredients group Naturex for €522 million ($645.66 million). The ing...

The ingredients giant also revealed that it intends to complete a full takeover of the company, offering the same price for the remaining outstanding shares in a deal that could be worth €1.3 billion ($1.61 billion).

Givaudan agreed to pay €135 a share or a 42% premium to Naturex’s most recent closing price.

Through the deal, Givaudan aims to strengthen its position in the personal care and food industries as customers increasing try to avoid artificial colours and flavours in favour of more organic and natural alternatives.

In 2016, Givaudan completed the acquisition of Spicetec Flavors & Seasonings and in 2018 the Swiss firm also acquired Activ International, Vika BV and Centroflora Nutra.

“The acquisition of a significant shareholding in Naturex fits fully with our 2020 strategy to expand our offering to deliver natural products to our customers,” said Gilles Andrier, CEO of Givaudan.

“Givaudan is the global leader in the space of natural flavours and Naturex further complements our capabilities with its strong portfolio of plant extracts and natural ingredients across the food and beverage, nutrition and health and personal care sectors.”

Naturex has seen strong growth throughout the last the last twenty years, with a revenue of €404.9 mn in 2017.

One of the largest purchases by Givaudan in over a decade comes against a backdrop of multinational companies investing in more natural brands.

“Naturex will be extremely complimentary to the acquisitions we have announced in this space over the last few years, namely Spicetec, Activ International, Vika and Centroflora Nutra.”