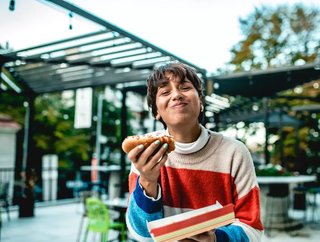 With each new generation, there are new trends which alarm and amuse those older than them.

The social media proficient Gen Z, some of whose parents may have been cataloguing their childhood on the early pages of MySpace, have been educated on recycling from school. Some have begun their university studies studying online from their childhood bedrooms, others have tried to make it as an influencer. Depending on where they live in the world, some have grown up with positive discrimination, gay marriage and never known anything but the War on Terror.

For those who have left their family home, food shopping may consist of food deliveries and home brews. Here are a few noticeable food and beverage trends for ‘The Zoomers’.

Gen Z have been raised at school to understand the impact of climate change. Due to the links between this and animal agriculture, many Gen Z have abandoned meat and dairy. A study by Finder.com showed that 35% of Gen Z’s wanted to be meat-free by 2021.

Here are some dietary terms which can be interchanged:

Eating online is ultimate voyeurism for The Zoomers

Through social media, popular videos can make the creator a full-time income. Video trends, such as these, amass millions of views from curious audiences.

Research from Drizly has shown that Gen Z care about who has made their alcohol - from the vineyard farm to the wine label design team.

According to Drizly, 21-24 year olds are focused on minority ownership when making a decision over what to buy, which is much higher than other generations:

However, research from Creative Digital Agency has shown that Gen Z are drinking less than the generations before them, 20% less than Millennials.

Instead, Gen Z’s seem to prefer non-alcoholic beverages such as kombucha.

So more plants, more videos and less alcohol from Gen Z - stay tuned for what Generation Alpha (those born between born between 2011 and 2025) are getting up to.