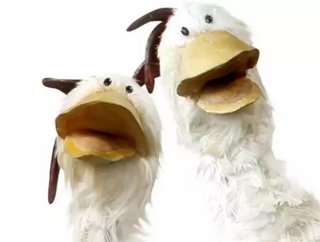 Ron Foster, president and chief executive officer of poultry production and processing company Foster Farms, has announced that he will be stepping down...

Ron Foster, president and chief executive officer of poultry production and processing company Foster Farms, has announced that he will be stepping down after eleven years in the role.

Foster is not just an executive for the company, he is also a third-generation family member – his grandparents Max and Verda Foster founded the business in 1939. With such a strong connection to the company, 56-year-old Foster will not be stepping away entirely but instead will remain on as an owner and board member.

Eleven years can be a long time in such a high pressure role as president and CEO, and Foster saw a fair share of ups and downs with the company. On the one hand, the company has been hit by the fallout of two Salmonella outbreaks within the past two years that sickened hundreds across the west coast. On the other hand, Food Safety News points out that overall Foster Farms has been a leader in lowering Salmonella contamination and that a recent Food Safety and Inspection Service inspection found Foster Farms Salmonella levels to be well below the industry average. All in all, Foster’s tenure has been an especially successful one – reports indicate that Foster Farms grew 70 percent overall throughout his time in the position.

According to the Modesto Bee, Foster announced his resignation in a letter to Foster Farms staff:

“I have greatly enjoyed the past 11 years as your CEO,” Foster said in a letter to employees. “During this period, we have witnessed some of the most challenging and some of the most rewarding times in our company’s history. I am confident that Foster Farms is positioned to do great things.”

No official date for Foster’s retirement has been set, as he will stay on as President and CEO until a proper successor has been named and put in place.