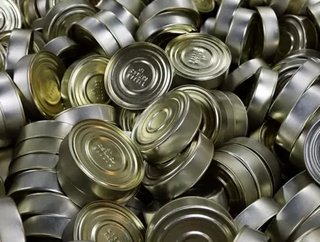 The canned food industry in the United States has come together to try and stop the imposition of tariffs or import restrictions on tinplate steel. Gro...

The canned food industry in the United States has come together to try and stop the imposition of tariffs or import restrictions on tinplate steel.

Groups including the Can Manufacturing Institute (CMI), Del Monte Foods and Lakeside Foods have all put their names to a letter that urges against such action from President Trump’s administration.

Tinplate steel is recognized in its own category by the Department of Commerce and the letter argues its exemption due to the potential negative impact restrictions would have on the food can industry and its employees.

CMI President Robert Budway expanded on the problem, telling beveragedaily.com of the potential far-reaching consequences of such impositions.

“This proposed tariff or restriction would disadvantage the food can manufacturer versus competing packaging materials such as plastic and glass, which are not subject to tariffs,” he said.

“Even a small increase in the price of raw materials would create a destructive competitive disadvantage, forcing possible closures of can manufacturing plants in the United States.

“One could easily foresee where finished cans or even cans with food products made overseas could be imported at lower cost than US produced cans.”

A primary issue is that production of tinplate steel in the country doesn’t meet demands, with only 58% of the steel used in the United States coming from domestic producers.

According to CMI, the industry makes 20 billion cans of tin food every year and ‘provides access to affordable nutrition for the 42 million Americans that live in food insecure households, including 13 million children’.