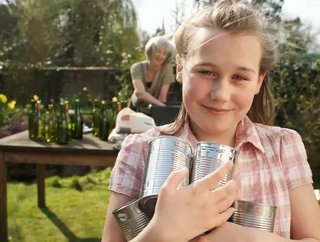 In retail value terms, over 70% of sales of ethically labelled food and beverages carry a recycling label, according to Euromonitor International. Rec...

In retail value terms, over 70% of sales of ethically labelled food and beverages carry a recycling label, according to Euromonitor International.

Recycling is the most common and most trusted among green labels.

In the UK, a 25-year environment plan was launched earlier in January by the Prime Minister, Theresa May, who particularly focused on cutting plastic pollution.

Household plastic bottle recycling collection in the UK has increased by over 2,000% since 2001, according to the British Plastics Federation.

Likewise, a target to recycle 65% of urban waste by 2035 was agreed by the European council and parliament in December and now awaits a vote of approval by member states.

It is not just governments, and food and beverage manufacturers embracing recycling and sustainable packaging – restaurants and food outlets are also following the trend.

“One of the trends that has been also widely spread in the last couple of years is using sustainable packaging,” said Rami Nasr, Head of Procurement and Logistics, AWJ Investments.

“This led us to undergo many changes in our take away and delivery packaging, for Operation Falafel mainly.

“This got us to a point where we can proudly say that all our paper and packaging items used at Operation Falafel are either recyclable or recycled.

“So all this puts AWG investments in the front line of being very dynamic with trends in the industry at the moment.”

Mintel research found that 72% of respondents in the UK would be interested in buying products made with recycled plastic; and 79% believed people should be incentivised to recycle plastic.

The picture is not as positive on the other side of the Atlantic.

The Waste and Opportunity Report 2015, published by As You Sow and the Natural Resources Defense Council, found that the US ranks far behind other developed countries with an estimated packaging recycling rate of just 51%.

However, the demand for sustainable food packaging certainly exists and will likely continue to grow in the coming years as more bodies focus on the environmental impact our food choices have.